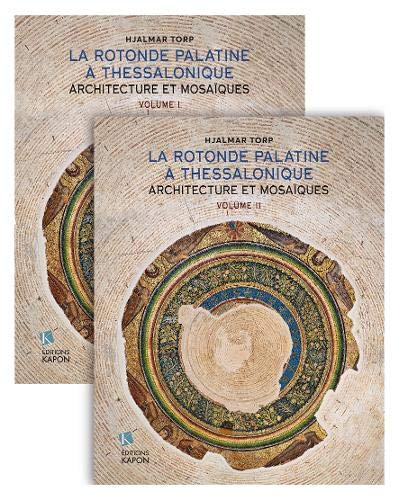 Reseña del editor The C4th Roman Rotunda church in Thessaloniki is the most important monument of the early Christian era. In this comprehensive monograph, Hjalmar Torp presents the findings of his life-long archaeological and iconographic research on the Rotunda. He explores the archaeological data, the various phases of the architecture, and the chronological issues of the monument. The nuanced descriptions of the mosaics, their colours and their techniques are based on a detailed scaffold review and survey. The iconography of the mosaics is then analyzed and interpreted in conjunction with historical and theological sources; the building of the palatine church and its sumptuous decoration is attributed to an initiative by Theodosius the Great. This slip-cased set of two books, abundantly documented and richly illustrated, is a unique testimony on the Rotunda. 500 illus. Biografía del autor Hjalmar Torp is Professor Emeritus at the University of Oslo and Member of the Norwegian Academy of Science and Letters. He has been honoured with the Silver Medal of Hagios Demetrios from the Holy Diocese of Thessaloniki and is an honorary citizen of the city of Cividale del Friuli and Knight of the Order of Merit of the Italian Republic. His books include Il Tempietto Longobardo di Cividale. L'architettura del Tempietto (Roma 1977); The Integrating System of Proportion in Byzantine Art. An Essay on the Method of the Painters of Holy Images (Rome 1984); Bilder og billedbruk i Bysants (with B. Kiilerich, Oslo 1998). He has previously published with Kapon Editions: The Rotunda in Thessaloniki and its Mosaics (with B. Kiilerich, Athens 2017; English and Greek editions, paperback, 64pp, GBP12.00).